The fastest of it kind. 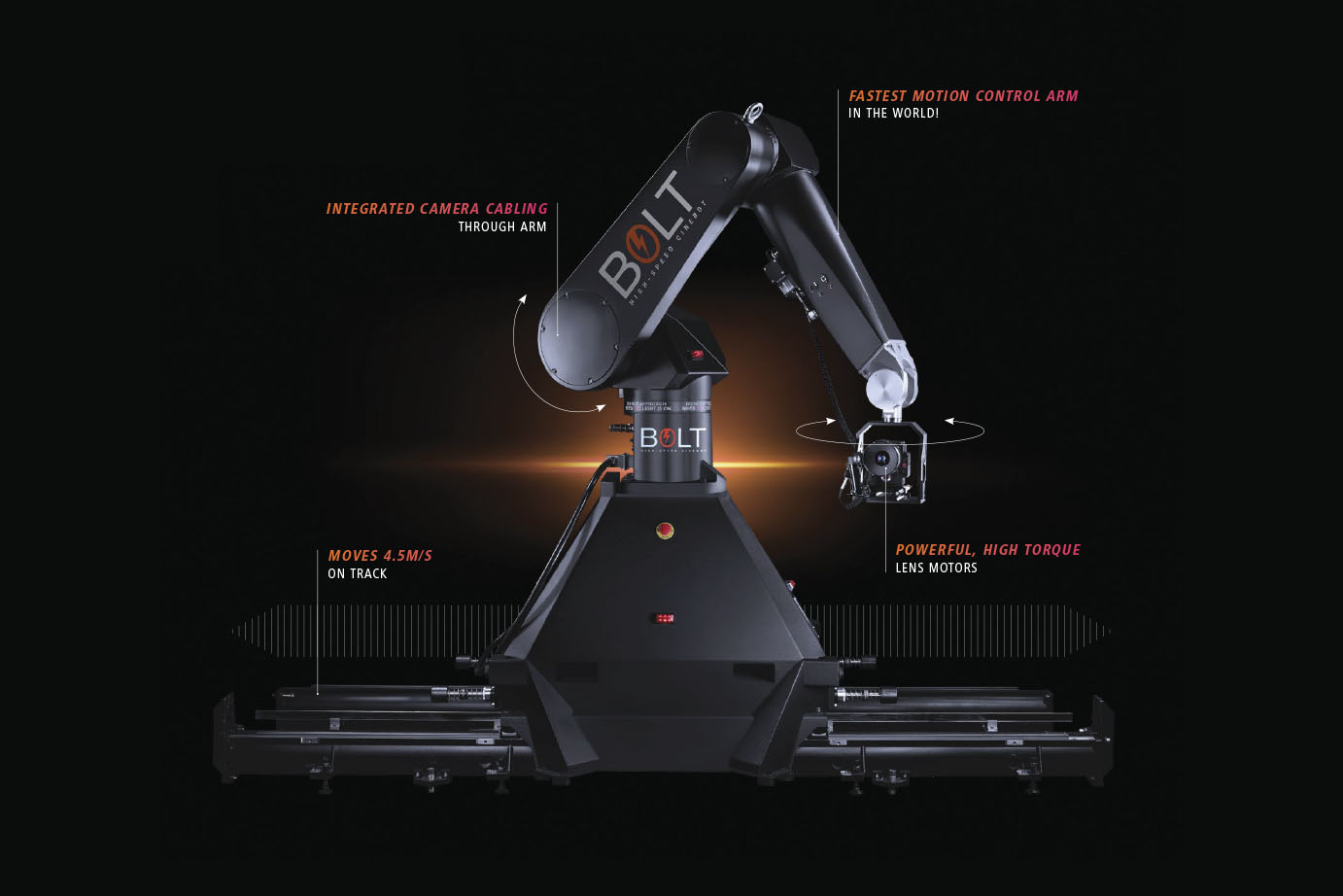 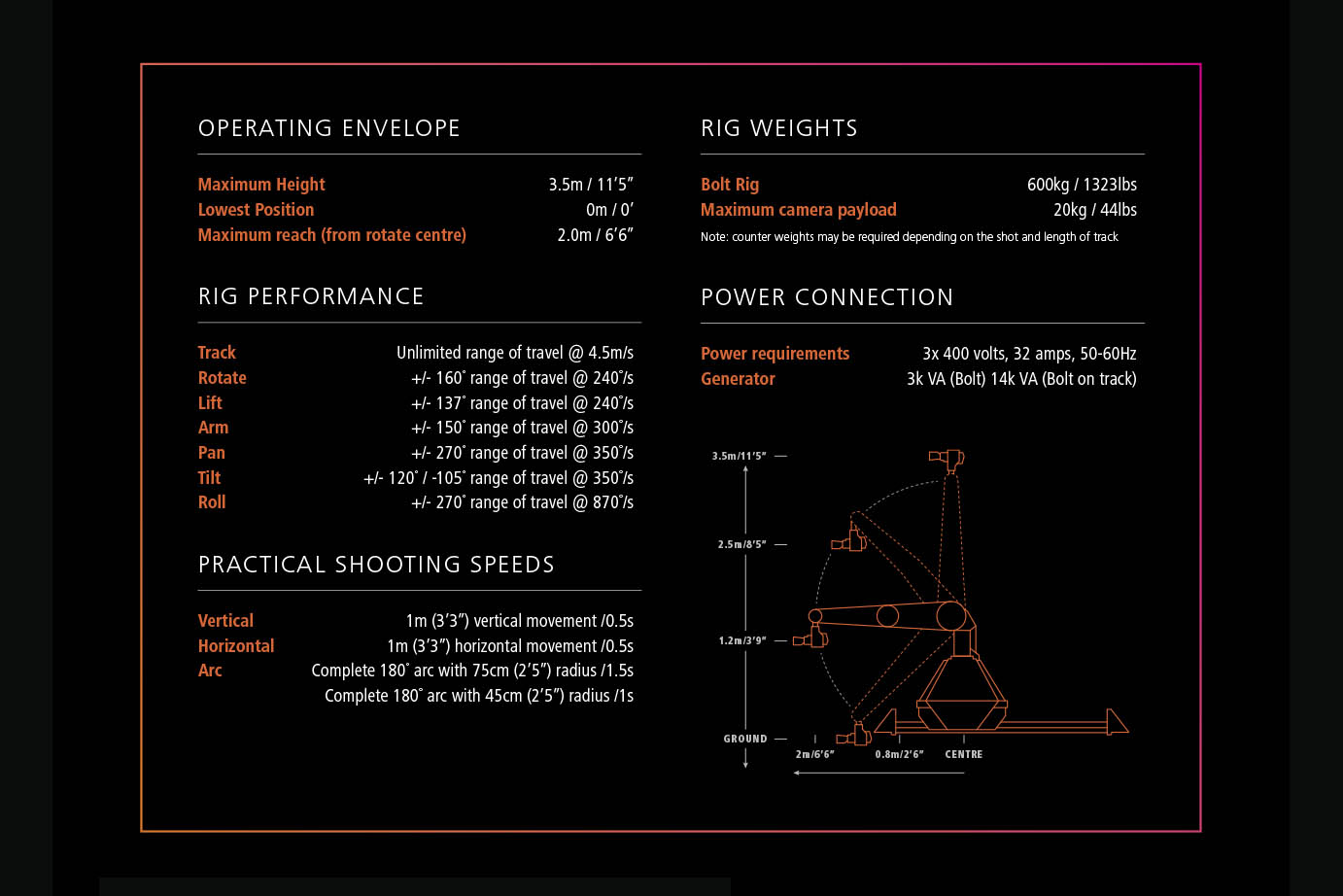 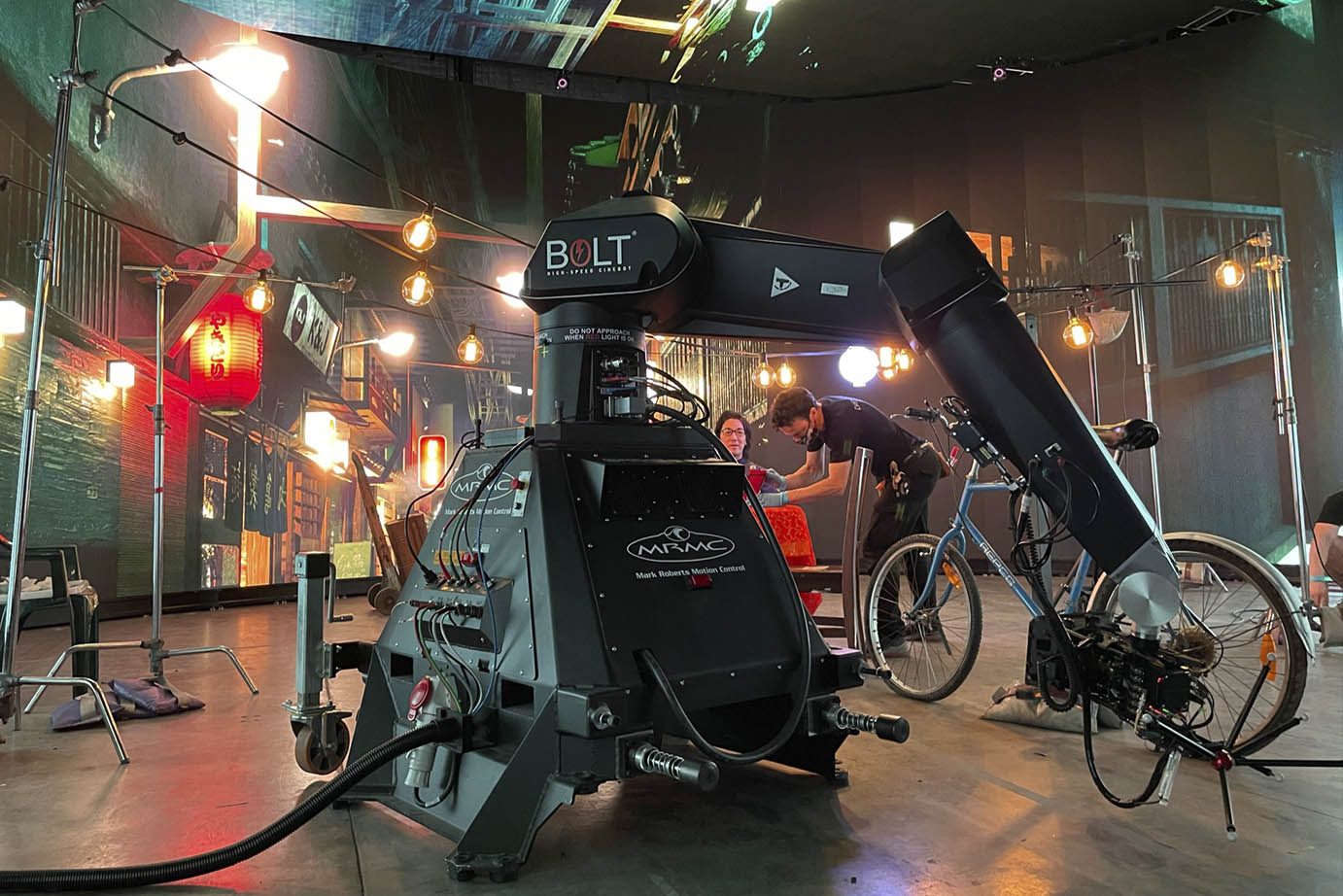 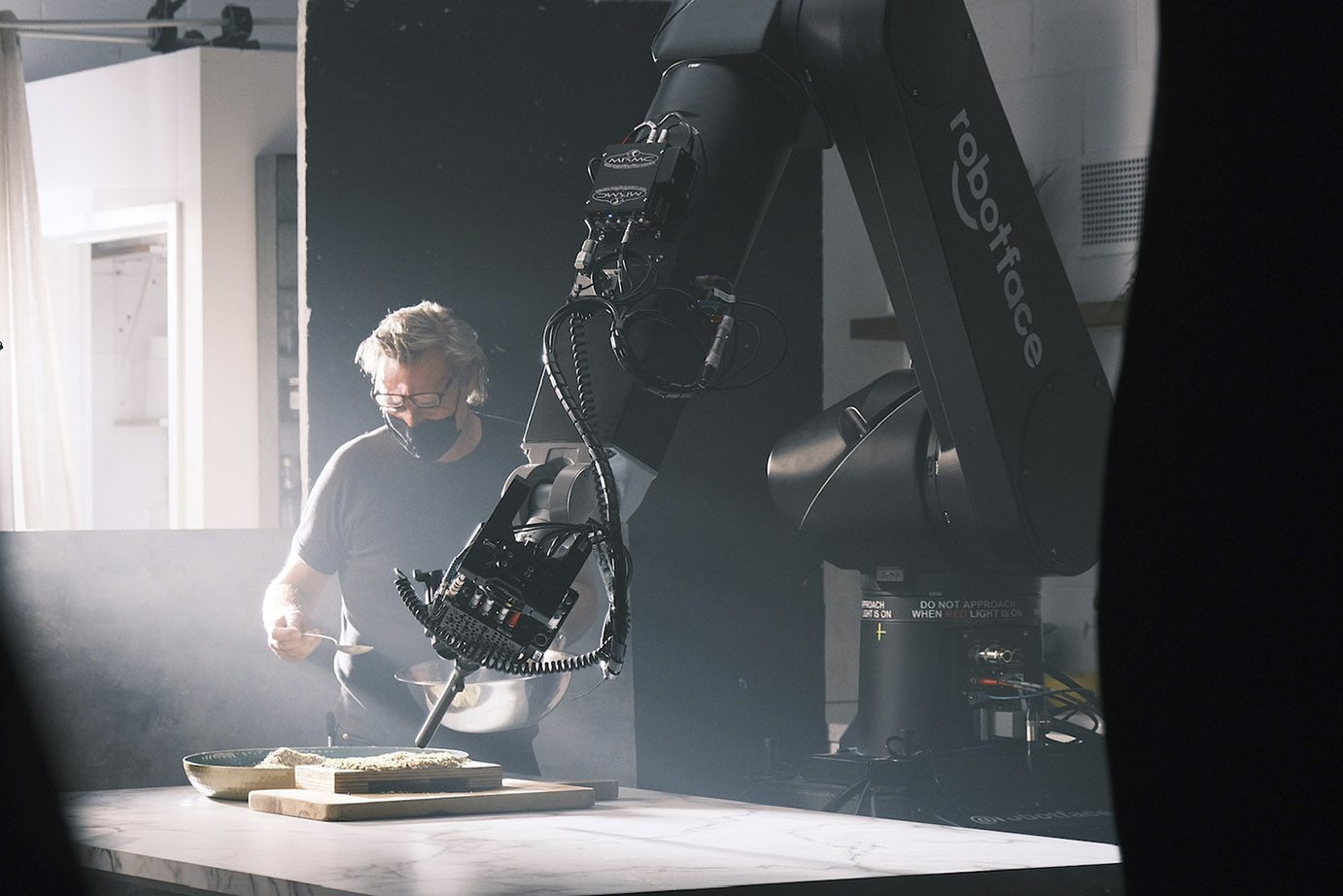 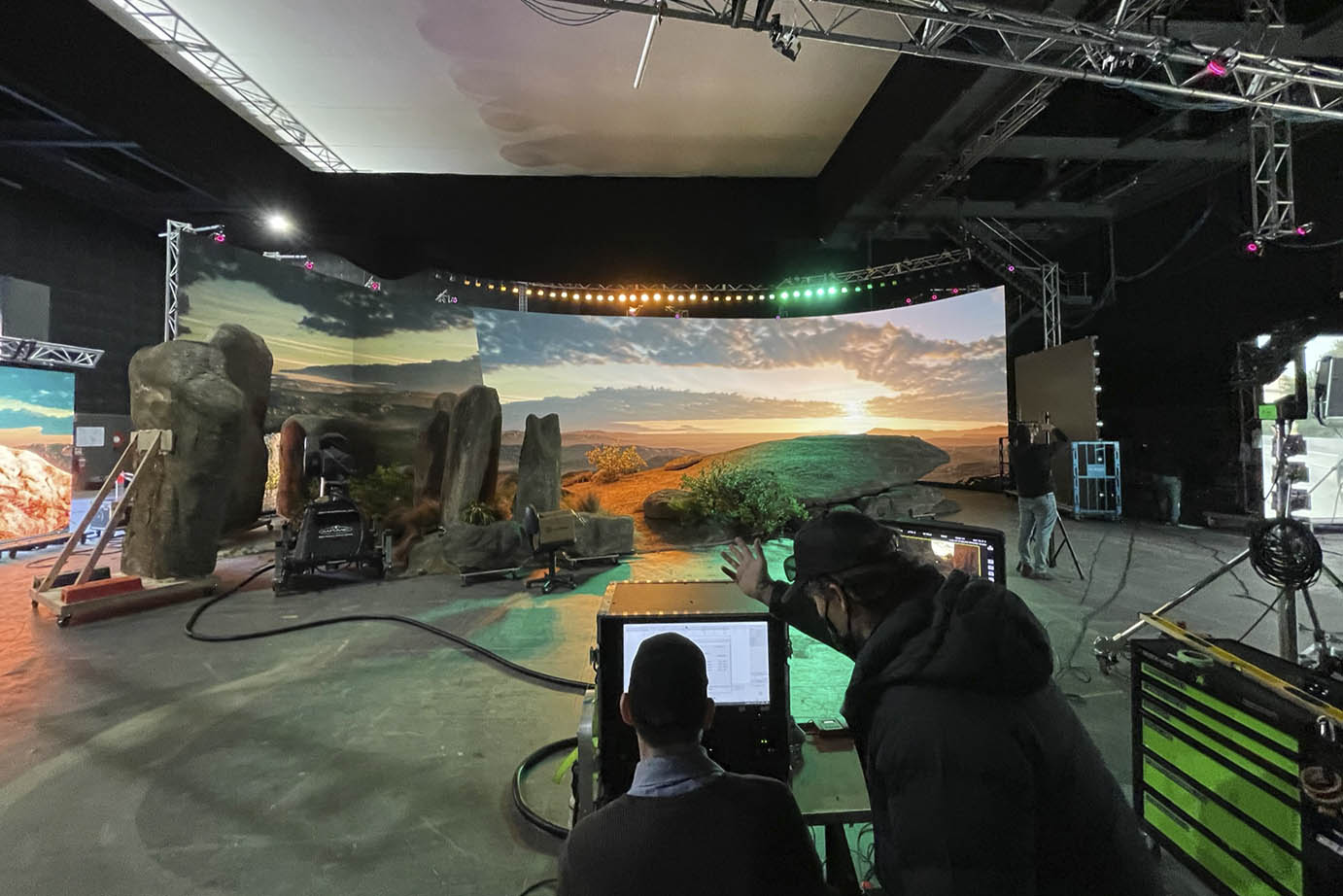 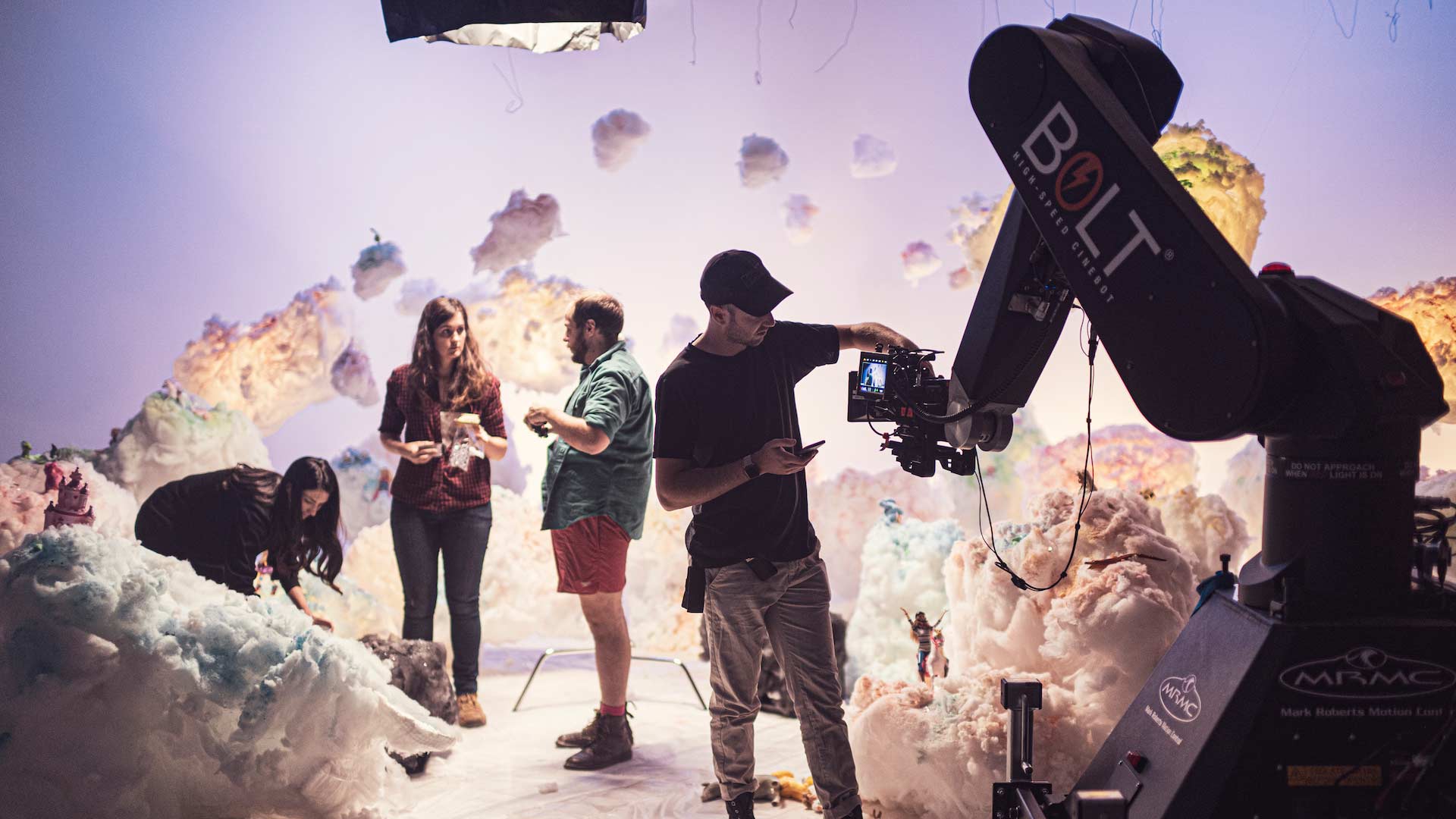 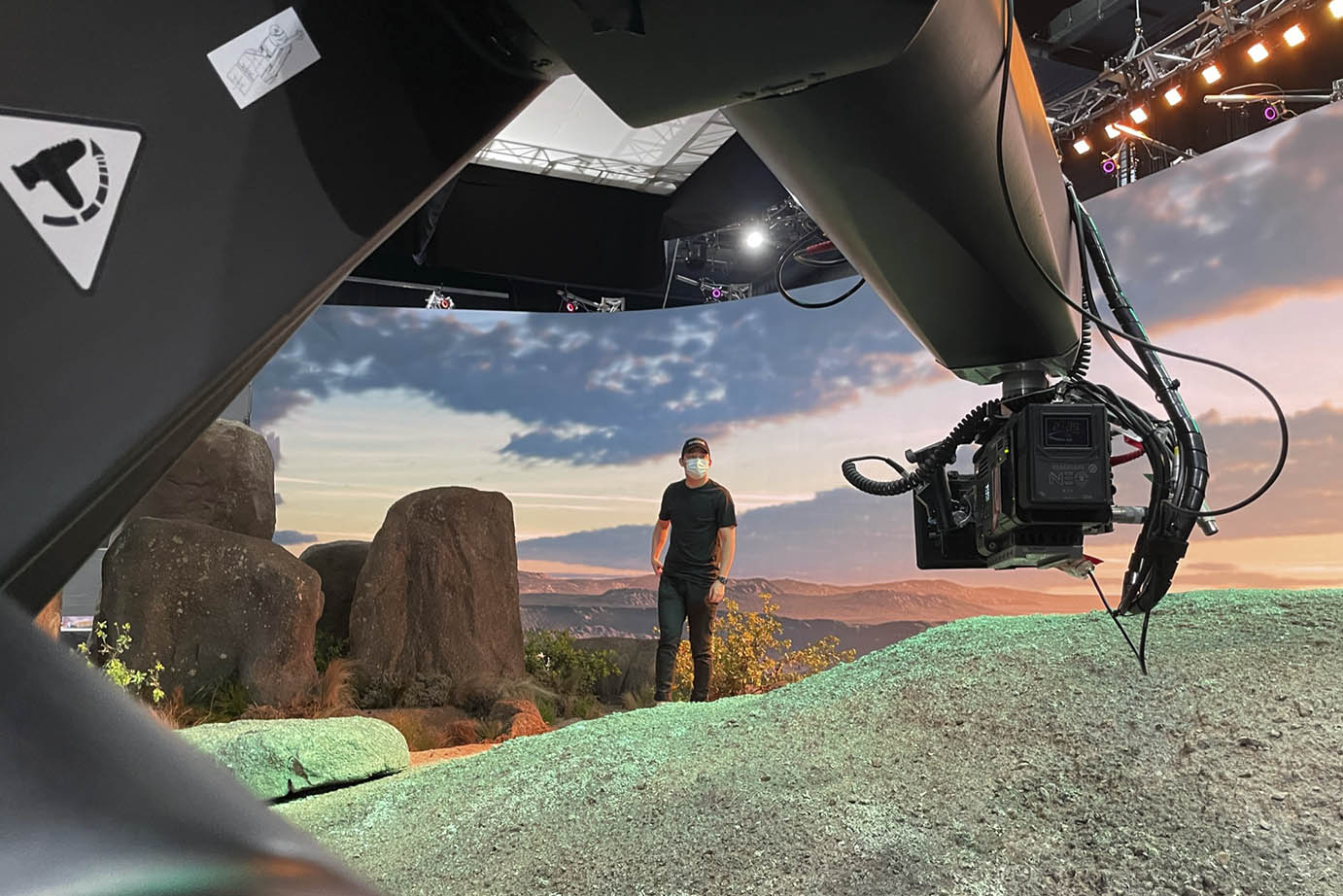 Capturing images in crisp focus with pixel precision and able to deliver completely repeatable moves, it offers breathtaking cinematography unable to be created by any other filming method.

Designed and manufactured by Mark Roberts Motion Control in the United Kingdom, the BOLT Cinebot range is internationally recognised as being unsurpassed in the film industry.

The BOLT Cinebot is the larger model with extensive arm reach of 2 metres, it adds entirely new perspective to filming whether it be used for commercials, tabletop work, film and television.

Reach out today to chat all things motion control!